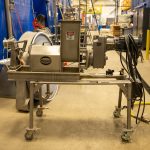 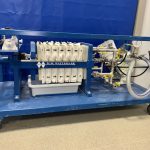 The Filter Press is used to clarify material. It is mainly used after fermentation. Food grade screens are also available. 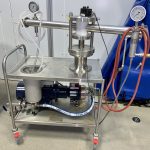 The M20 Alfa Laval Membrane Filtration Skid is used to concentrate/clarify material. It is mostly used after fermentation. 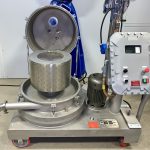 The Western States Basket Centrifuge is used to filter out material. It does this by forming a cake on the rotating basket which helps in filtering the material. The screen [...]

The Clara 20 is a disc stack centrifuge that is used mainly after fermentation. It can be used as a clarifier to remove liquids from solids or can be used [...] 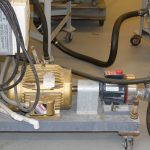 The Doxie 5 Hydrocylone is a cyclone that separates based on density. In the wet mill process, it is used to separate starch from protein. It has also been used [...] 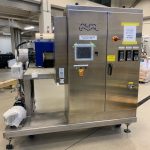 The Decanter is a continuous centrifuge that is used to separate liquids from solids. 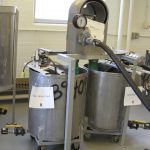 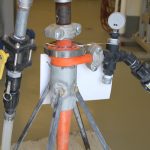 The Germ Cyclone is used to separate the germ from the rest of the corn kernel in the wet mill process. This step is done after using the Bauer Mill.